Posted at 12:38h in All News, Body On The Moor, Research by Hollie Coleman 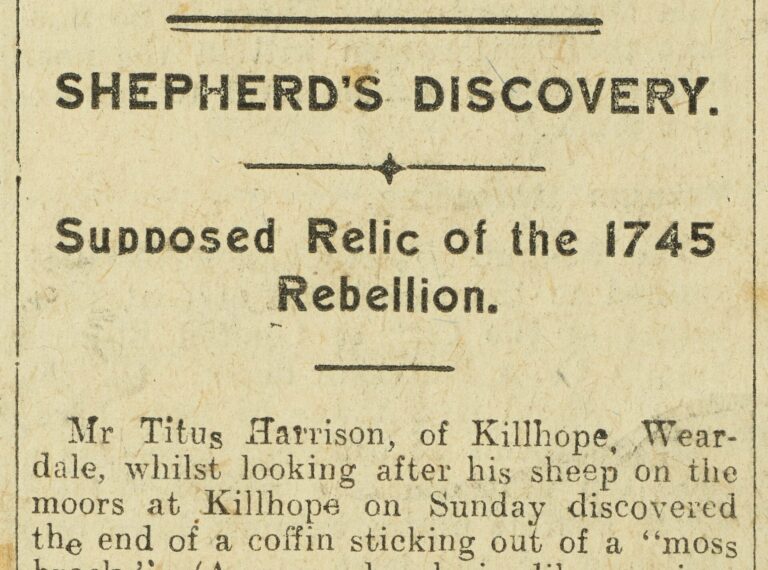 This week we turned our attention to the mid-eighteenth century, looking at some newspaper reports of the local fighting during the Jacobite Rebellion in 1745. There were around 8,000 rebels (including women and youths) passing through Cumbria as they retreated back into Scotland in December 1745. We read about their attempts to reach Carlisle, and how a party of around 150 Jacobites took to the back roads to avoid Penrith and any chance of meeting the British Army. They crossed Eden Bridge, and headed up to Culgaith Moor before turning towards Carlisle, travelling along the fell side on the ‘most secret roads’. This route might have kept them out of the sight of the King’s men but they evidently attracted the attention of the locals, and they were attacked near Langanby (Langwathby) by a party of ‘country people’ from Cumberland and Westmoreland. The rebels, it was said, fled the scene after pistols were fired. So, might our mystery body belong to one of the casualties of this skirmish?  There are certainly old packhorse routes or carrier ways across the moors that could have led some of these rebels towards Killhope. But then why would his companions have taken the trouble to bury him if they were being pursued, and how would they have got their hands on a coffin on a desolate moor top in the middle of winter?