Posted at 11:13h in All News, Body On The Moor, Research by Hollie Coleman 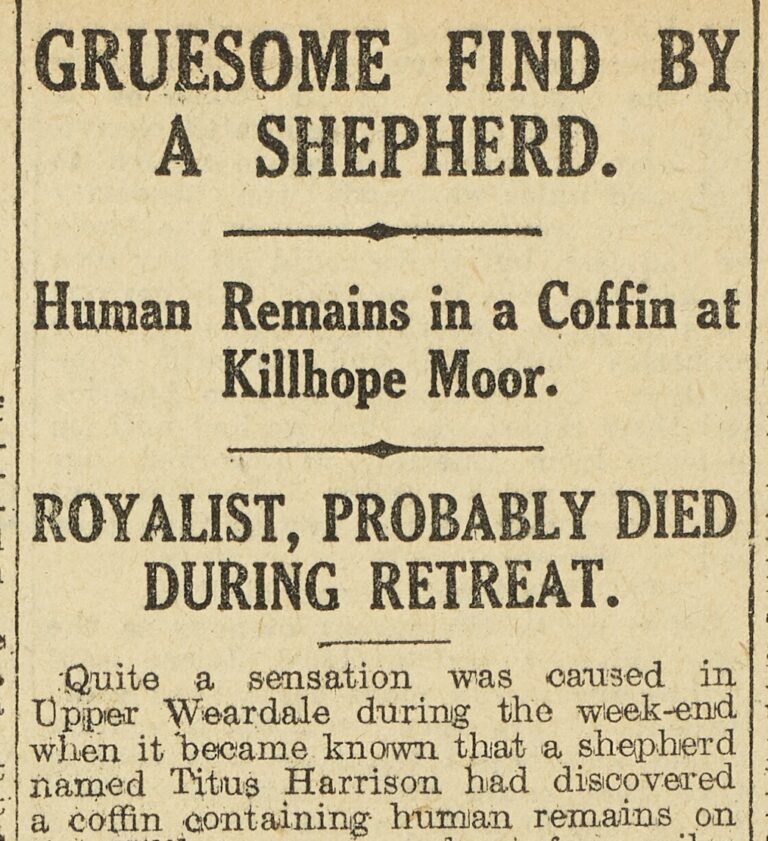 We gathered stock this week and it is amazing how much we have discovered already. We have had a great response after contacting organisations and individuals who we thought might have valuable knowledge that would help us to figure out more about our unexplained body. Particular thanks should go to Gordon Bailey and Julian Litten who have generously shared their expertise on buttons and funeral practices, but also to all of the people who have been racking their brains and sorting through boxes of old photographs on our behalf.

We are increasingly confident that we can give a date of death to within a few decades, and if we are right then we can start to discount some of the theories suggested in 1921. These included the idea that the dead man was injured during one of the border wars between the English and Scots, or during the Jacobite Rebellion in 1745. It was also claimed it might be the corpse of a Captain Lovell who went missing in 1780, but it may be this was a hoax. It was even suggested that the mystery man could have been killed on his way to Gretna Green either hoping to marry his sweetheart or trying to prevent a clandestine marriage, but this seems no more than a flight of fancy.